One of the most spectacular sights along the roads of central and southern Arkansas is the Spring Spider-lily (Hymenocallis liriosme). 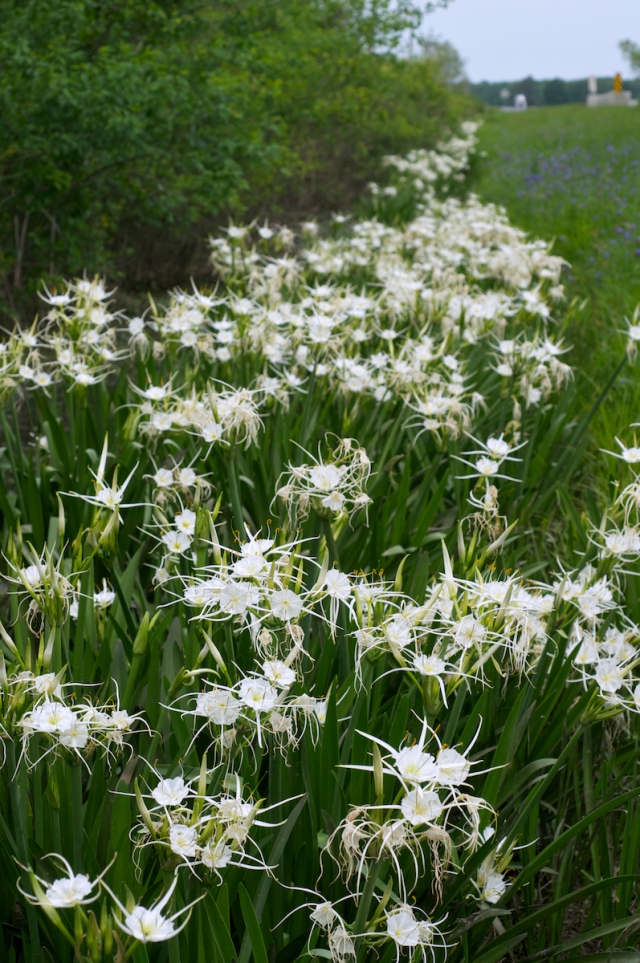 A spectacular mass-blooming along US Highway 63 in the Grand Prairie, between Hazen and Stuttgart, Arkansas

Hymenocallis is a member of the Amaryllis family (Amaryllidaceae), and ranges from southern North America through the Caribbean and Central America and northern South America.

North America is home to 19 species of Spider-lily with 2 being found in Arkansas.

In Arkansas the Spring Spider-lily is found along the central Arkansas River Valley, in the Grand Prairie of southeastern Arkansas and in the Coastal Plain along the border with Louisiana. It is absent from the Ouachita and Ozark mountains.

Outside of Arkansas it is found in Louisiana, eastern Texas, southeastern Oklahoma, and is rare is Mississippi and Alabama. 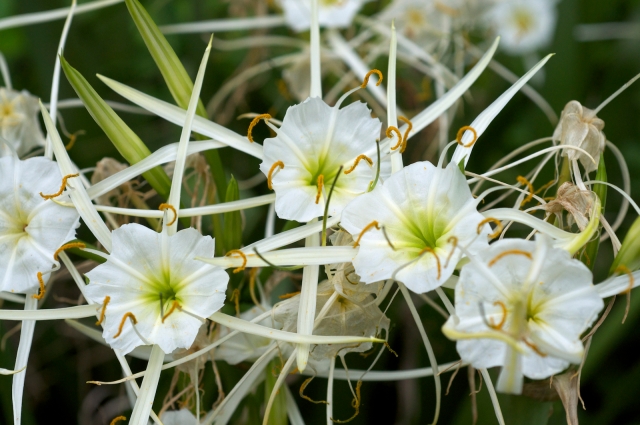 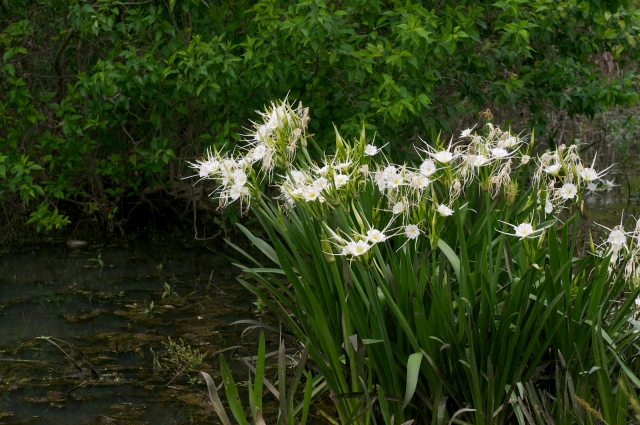 It is very easy to distinguish Spring Spider-lily from Northern Spider-lily. Spring Spider-lily grows in large colonies in wet habitats, often in standing water, and blooms in mid-spring. The flowers have a prominent yellow-green eye in the center of the flower.

Northern Spider-lily grows in drier, upland habitats as single plants or small colonies. It blooms in mid-summer and the flowers have a much smaller yellow-green eye.

Spring Spider-lily is easily grown in the garden and makes an excellent rain garden or wetland garden specimen. It is available from commercial nurseries and is frequently shared as a pass-along plant in gardening circles.