Dutchman’s breeches (Dicentra cucullaria) of the Poppy (Papaveraceae) family, formerly of the Fumitory (Fumariaceae) family, is found throughout much of the eastern U.S. from North Dakota to Maine southward to Oklahoma and South Carolina.  Curiously, it is also found in Washington, Oregon and Idaho.  In Arkansas, Dutchman’s breeches is found primarily throughout the Ozark Mountains, but it also occurs on northern Crowley’s Ridge and in a few scattered areas of the Ouachita Mountains.  This species, the only one in the genus found in the state, is a small, showy plant found in partial to full shade of deciduous woodlands and borders with well drained neutral soils.  The genus name is from the Greek for “twice-spurred” and the specific epithet is from the Latin for “hood-like”.  Other common names include soldier’s cap, white hearts, and staggerweed (livestock that eat the plant stagger).

Roots of Dutchman’s breeches, an ephemeral perennial, are fibrous from within a cluster of upright bulbous tubers.  Tubers are light pink and fleshy with small, uniformly scattered darker pink, elongated spots.  Mature tubers produce a single leaf or flower stem.  New tubers, growing upward from the base of mature tubers, do not produce leaves or stems.

Photo 1:  Red arrows point to apexes of tubers from which leaves or stems have dropped when the plant went dormant.  New tubers have grown at the base.

Leaves, 1¼ inches long and 1 inch wide on long petioles, have a triangular outline.  Leaves are divided into three primary leaflets which, in turn, are divided into three secondary leaflets.  Leaflets are deeply cut into linear to oblong segments about one-eighth inch long so that leaves appear lacey or fern-like.  Leaves are grayish green to green and glabrous.  Lower leaf surfaces have a lighter color than upper surfaces.  Leaves yellow and disappear in early spring soon after seeds mature.

The inflorescence, appearing at the same time as the leaves, consists of leafless, arched peduncles (scapes) 5 to 10 inches long that extend well above the leaves and bear up to about 15 flowers.  Flowers, on weak ¼ inch-long pedicels, are positioned upside-down on the lower side of peduncles.  Pedicels have a pair of tiny, linear bracts at their middle.  Peduncles, pedicels and bracts are reddish brown and glabrous.  Two small ovate to spade-shaped sepals, colored the same as the petals, are pressed against the sides of the flower. 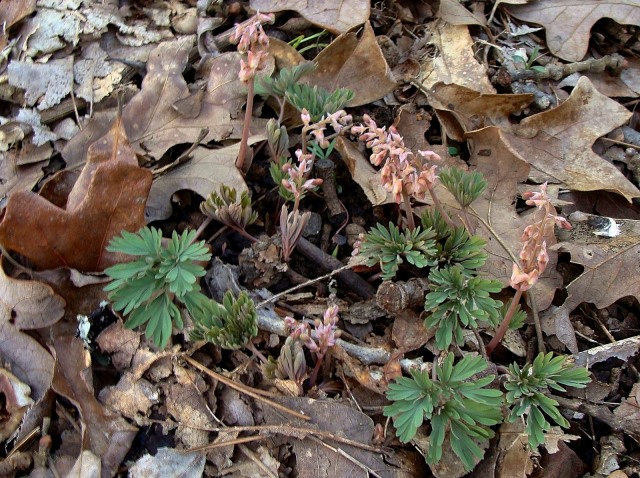 Photo 2:  Leaves and stems push through the duff at the same time in early spring.

Flowers of Dutchman’s breeches are white to pink, with contrasting colors at the bottom (which is the top of the dangling flowers).  The inflated, flattened three-fourths inch long corolla, when viewed in outline from the side, is dominated by two outer petals that, from the pedicel outward, arch up sharply at an acute-spreading angle (forming two opposing broad spurs), thence dropping sharply downward and inward to create an exaggerated heart shape.  At the base of the heart, flowers are tightly constricted,* from which each outer petal has a small terminal wing.  These wings, one-fourth the length of the heart-shaped portion, are at first positioned downward and pressed together.  With anthesis, these outer wings reflex to a horizontal to up-curving position.  Veins on outer petals, when viewed from the side, parallel the outline of the flowers. 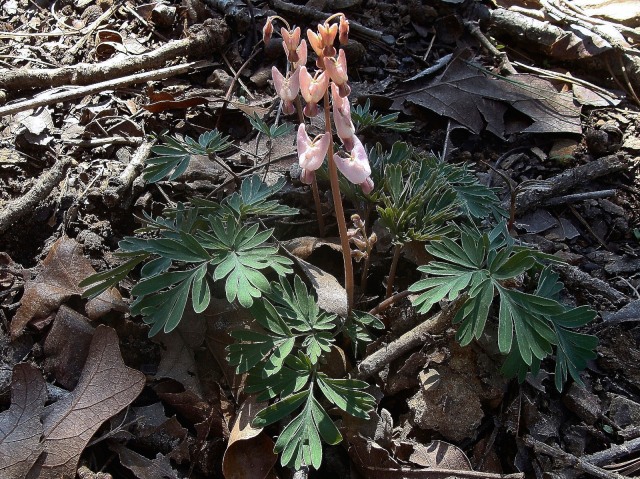 Photo 3:  Terminal wings of outer petals are initially positioned downward, as shown on all flowers here.  Note the consistent relatively large size of these terminal wings on the various flowers. 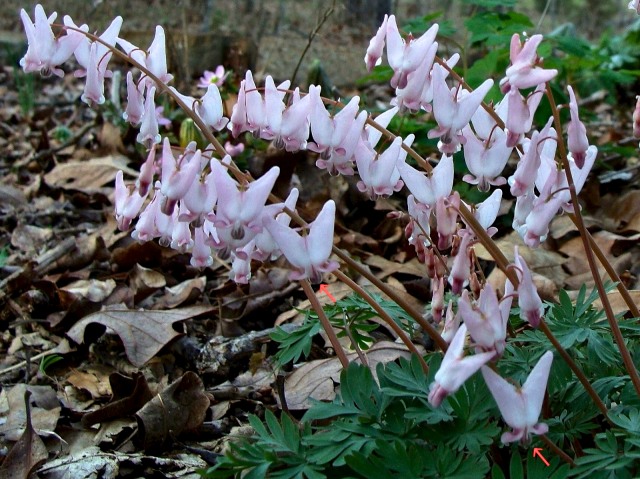 The constricted tips of the outer petals (the “base” of the heart) are yellow on white flowers and a darker shade of pink on pink flowers, with such shading extending onto adjoining wings of outer and inner petals.  Nectaries are located at the base (pedicel end) of the dangling flowers between outer and inner petals.  Bumblebees have the strength to push through the constricted area of the outer petals to reach nectar with long tongues.  Some smaller bees take pollen only and others cut holes in the outer petals to “steal” nectar.  Self-pollination also occurs.

Flowers are replaced by bean-like, half-inch inflated, dangling rounded capsules with a taper at each end.  Bracts remain on pedicels as capsules dry.  Dry capsules split to release black, rounded, kidney-shaped seeds.  Seeds have elaiosomes so that dispersal is by ants (myrmecochory).  Seeds that dry out do not germinate.

In gardens or natural areas with moist soils that are partly shaded by deciduous trees, Dutchman’s breeches would stand out whether sited by themselves or located with other spring ephemerals or evergreen ferns.  The lacy foliage and unusual flowers make them a focal point in late winter/early spring.  Tubers may be divided at the end of the growing season.  Dutchman’s breeches are not eaten by rabbits or deer.

Note:  The garden bleeding-heart (Lamprocapnos spectabilis, formerly Dicentra spectabilis) is a larger non-native species with similarly shaped yet deeper pink flowers.  However, with cauline leaves as well as basal leaves, it has been transferred out of the Dicentra genus.
………………..
* The constricted yellow area at the tip of the dangling flower is said to represent the belt of the pantaloons with the legs extending upward as if hung by the ankles from a clothes line.  Thus, the common name is “Dutchman’s breeches,” a.k.a. early spring bloomers.