Clammy groundcherry (Physalis heterophylla) of the Nightshade (Solanaceae) family is one of eleven species (with one having two varieties) of the genus occurring in Arkansas, with a twelfth species currently being described new to science. It occurs naturally throughout much of the continental U.S., except for the far West. In Arkansas, this species occurs pretty much statewide (current gaps in distribution may be due more to specimen collection gaps than true distribution gaps). The genus name derives from a Greek word for “bladder” in reference to an enlarged calyx at fruiting. The specific epithet, from Latin, means “variably leaved”. Clammy groundcherry occurs in habitats ranging from open woodlands to prairies to disturbed areas in soils that may be poor to rich and dry to moist. “Clammy” relates to the feel of stems and leaves, more or less covered with glandular hairs.

Clammy groundcherries have a “parent” plant with a deep, slender, ropy taproot along with lateral roots 2 to 4 inches below surface that may be 4 feet or more long. In a selected specimen, the taproot was 3/8 inch in diameter while lateral roots were half that size. Lateral roots produce widely scattered stems (up to several feet apart) along their upper surface, as root-tip continues to grow. Stems growing from lateral roots remain attached to parent plant and do not develop taproots. The light tan taproots and lateral roots have a few relatively short, light-colored, fibrous roots.

Photo 1: “Parent” plant on right has a ropy taproot from which lateral roots extend outward to produce a series of secondary stems (inset) without taproots.

New growth of this perennial originates from the tops of taproots (several inches below surface) and directly from horizontal roots (also several inches below surface). Plants grow to a height of 2+ feet, branching freely. The entire plant (except for flowers) is dull light green with stems and branches being a light yellowish green. Growth pattern consists of alternate leaves along straight stems near base of plant and, higher up, two leaves and a stem or two stems (or even three) and a leaf growing from a common point. Flowers grow from the center of the “groups-of-three”. For a relatively small plant, it has strong “architectural character” due to its open growth pattern, prominent branching and large upper leaves. Plants are structurally weak and become decumbent while new branches are ascending. Heavily pubescent stems are mostly round in cross-section, but lower portions of stems may become slightly ridged as they harden. Stem pubescence consists of intermixed long and short straight hairs, the latter gland tipped and producing the clammy texture. Branches of dead stems quickly disintegrate over winter, but lowermost portions of dead stems persists into spring.

Photo 2: Stems have points where leaves and branches in groups-of-three originate. Heavy pubescence covers most of the plant. Previous year’s dead stems can be seen behind the green plant.

Leaves of clammy groundcherry are generally broadly heart shape (cordate) although some leaves, especially the lowermost, may be ovate. Margins vary from entire to undulate to broadly serrate with teeth angled toward the pointed leaf apex. Larger leaves, located along lower portions of branches, have lengths of about 5 inches (including 1-inch petioles) and widths of about 2½ inches. Leaves are slightly up-folded, especially nearer petiole. Veins are offset pinnate, with those of upper surface depressed and those of lower surface–a light yellow green–expressed. Leaf blades are densely and softly pubescent, the upper surface with longer hairs. Petioles, u-shaped in cross-section, are pubescent on the lower rounded portion, while the flat upper portion is mostly glabrous. Leaves become less pubescent with age.

Photo 3: Leaves are mostly cordate with variable margins. Upper surface of leaves is shown except for two leaves on right.

Flowering may occur over several months, as new growth continues at tips of branches. Single flowers grow from the center of “groups-of-three” (see above) in upper portion of the plant. In bud, corollas are enclosed in a densely pubescent tear-drop-shaped calyx that is rounded at the pedicel and pointed at the tip. At bud stage, the calyx is closed by five narrowly triangular lobes that merge below to form the calyx tube. Buds, on a non-supportive pedicel, face downward. As flowers approach anthesis, the closed corolla pushes out of calyx and unfurls. The tubular corolla, to about ¾ inch wide and circular, comprises five flared, shallow lobes that narrow to a tube within the calyx (funnelform shape). The outer margin of corolla is sinuous with slight peaks at center of petals. Corollas are medium yellow with a prominent purple pattern radiating from the center toward the margins. Flowers have five stamens with stumpy, purple filaments from which large yellow anthers with reticulated ridges become exserted. As anthers disintegrate, ridges of anthers persist for a short time as filigree threads about the stigma. Larger plants may have two dozen flowers. 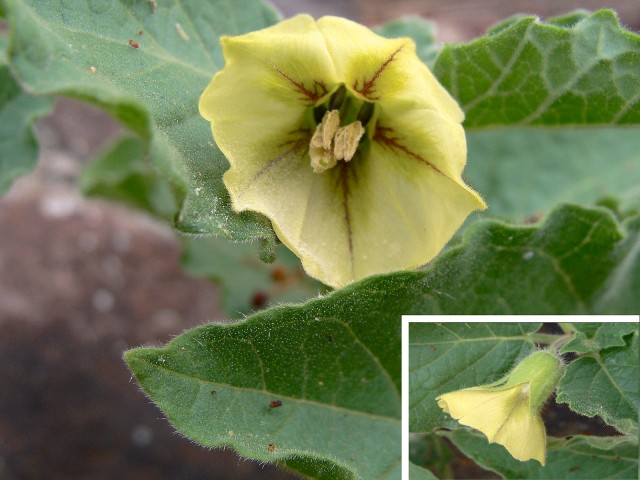 Photo 4: Corollas are tubular, composed of five fused petals. Yellow anthers, with a reticulated surface, surround a green stigma. Corolla margin and deeply lobed calyx can be seen in inset.

After flowering, calyxes enlarge and inflate into papery, puffy, balloon-like husks with a bright green, globose developing fruit within. Husks are ten-ribbed “Chinese lanterns” tipped by the calyx lobes pressing together. At maturity, the dangling, inflated calyxes are about 1½ inches long and wide, on pedicels 1½ to 2 inches long. After fruits mature, husks become light brown and may become tissue-thin so that only the reticulated veins seem to remain.

Photo 5: Calyxes enlarge and inflate into puffy husks that change from green to light brown and may become tissue-thin with fruit maturity.

The fruit of clammy groundcherry is a smooth, round, ¼-inch berry that becomes a dull yellow at maturity. Berries are filled with closely packed, flat, round seeds. Entire berries may be consumed by caterpillars without any seeds surviving. 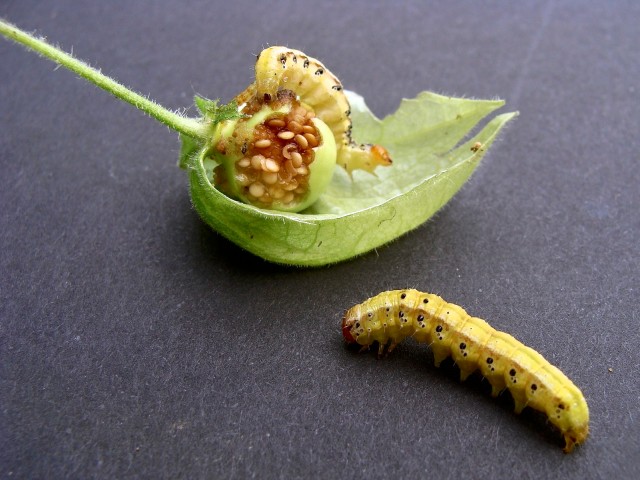 Photo 6: Fruit, including seeds, may be eaten by caterpillars of the straw moth (Chloridea subflexa).

For a partially to fully sunny garden with mesic to somewhat dry soil, clammy groundcherry would add nice textural variety. Husks are notable and decorative. Ripe fruit is edible. (The tomatillo of commerce is the fruiting structure of another species of Physalis, P. philadelphica.) Plants do not seem to be aggressive self-seeders. If a colony should become a problem, herbicide may be needed due to the root system.

Characteristics of clammy groundcherry that help separate it from the other other previously described groundcherry species in the state are: 1) cordate pubescent leaves, 2) clammy stems and leaves, and 3) indented circular base on inflated fruiting husks.