Plant color is medium green for yellow false foxgloves, and leaves and flowering branches are opposite.  Leaves, flowering branches and flowers grow from leaf axils.  Trumpet-shaped and canary-yellow flowers, occurring in late summer to early fall, are solitary on short pedicels.  The corollas have five rounded spreading lobes (two on top and three on bottom) that fuse to form a trumpet-shaped tube.  Four overhanging stamens are fused to the bottom of the tube.  A slender style from the superior ovary protrudes slightly beyond the grouped stamens.  Ovoid seed capsules split when mature and dry.

Yellow false foxgloves are pollinated by bumble bees and hummingbirds.  They are also larval host plants for the Baltimore checkerspot butterfly.

Comb-leaf yellow false foxglove, an annual, occurs in the US from eastern Texas and Oklahoma to Missouri and eastward to the Atlantic Coast.  In Arkansas, it is mainly found in highlands of the Ozark and Ouachita Mountains (including the mountains and ridges of the Arkansas Valley).  Comb-leaf yellow false foxglove grows in sandy to rocky, open woodlands and glades in thin, dry, acidic soils.  Young plants have a rosette of basal leaves which are elliptic to lance-like and entire (no indentions).  Mature plants, up to three feet tall, may consist of a single main stem with minimal branching or a single stem with many branches. The plant is densely covered with glandular hairs and feels sticky to the touch.  Leaves, generally 1.5” long and 0.75” wide with three to seven pinnate (feather-like) primary lobes, are deeply cut or comb-like (thus “pectinata” in the Latin name).  Leaves are generally sessile except that lower leaves can be somewhat petiolate. 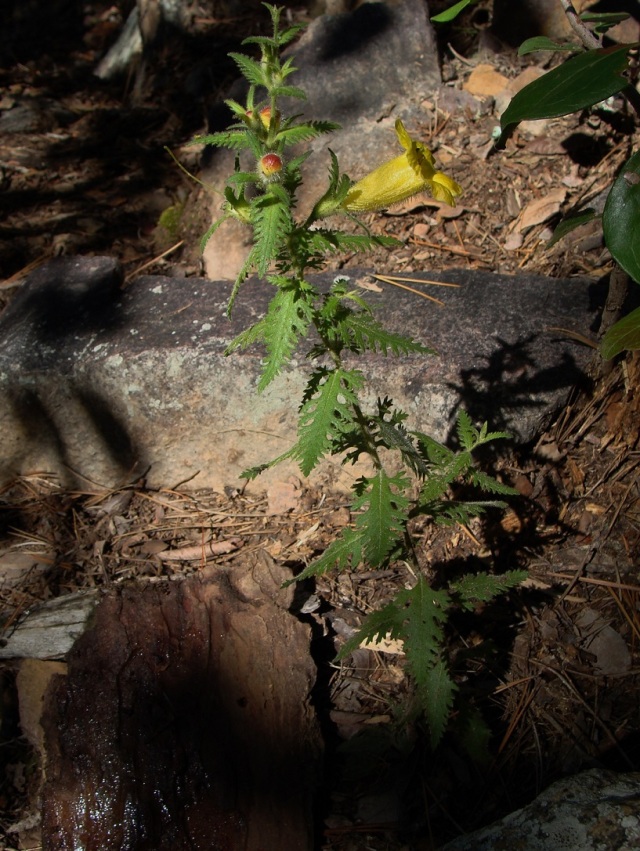 Comb-leaf yellow false foxglove flowers August to September with blooms up to 1.5″ long and 0.75” wide.  The calyx, formed by five pinnate sepals, is densely hairy as is the outside of flower buds and flowers.  The ends of flower buds may be reddish and reddish streaks may occur along the lower-inside of the floral tube. 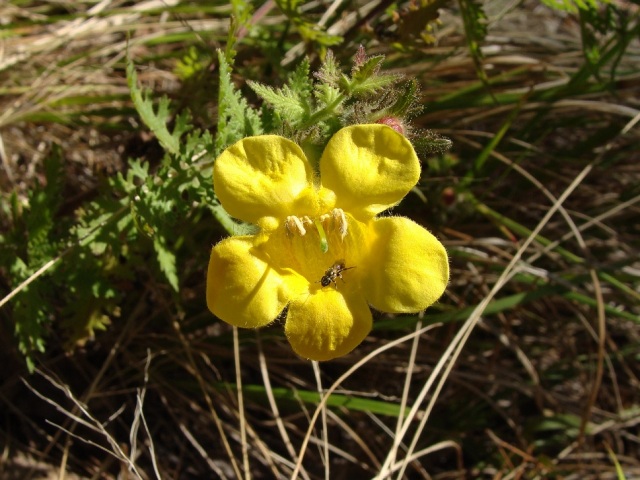 Photo 3:  Stamens and style allow ample space for a bubble bee or hummingbird.  Small bees, as shown, likely do not facilitate pollination.

Smooth yellow false foxglove, a perennial, occurs in the US from Texas to Wisconsin and eastward to the Atlantic Coast.  In Arkansas, it occurs in a rather odd distribution including much of the Ozarks, eastern Ouachita Mountains, and southeastern part of the state.  It is curiously sparse in the western Ouachitas, and mostly absent from the western Gulf Coastal Plain and much of the Mississippi Alluvial Plain.  Smooth yellow false foxglove is generally found in dry, open upland oak or pine-oak woodlands (savannas).  It is an upright to sprawling plant to four feet tall with smooth, hairless stems.  Lower flowering branches may be 1.5 feet long with subsequent branches decreasing in length.  Lower leaves, three to four inches long, are deeply lobed with lobes being narrow and decreasing in length toward the tip.  Width of central section of leaf blade and width of lobes are similar.  Minor secondary lobes occur.  Leaves on flowering branches, about 1.5” long, are willow-like.  Leaves and lobes are slightly folded along their central veins. 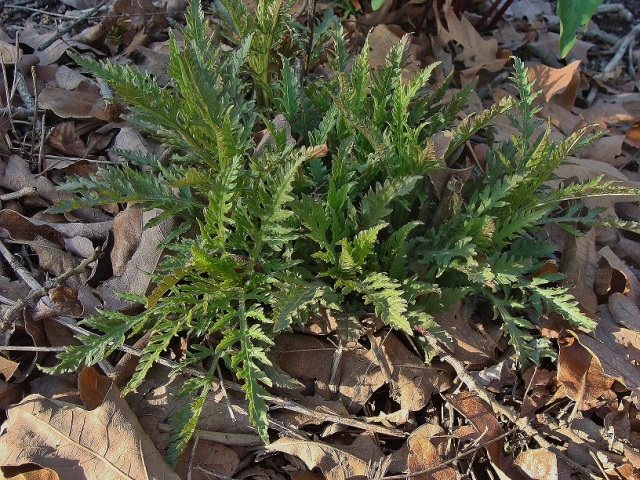 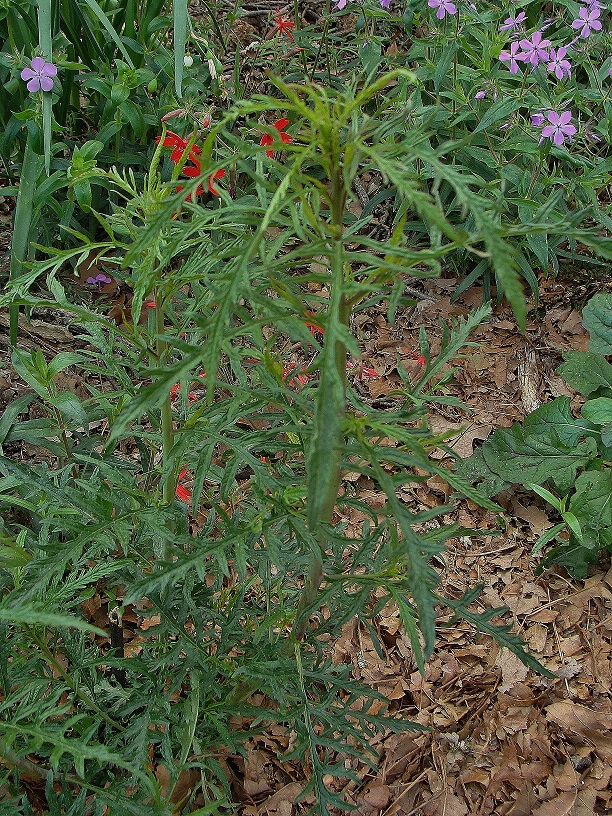 Flowers, up to two inches long and 1.5 inches wide, are in a raceme or, near the top, directly from the main stem.  The short, cup-like calyx is rimmed by five short, pointed sepals.