Forked blue-curls (Trichostema dichotomum) of the Mint (Lamiaceae) Family is an herbaceous annual.  It occurs throughout much of the eastern U.S. from Texas to Iowa and Michigan, to Maine and thence eastward and southward.  In Arkansas, it is found throughout much of the state except for the bulk of the Mississippi Alluvial Plain.  The genus name refers to the “hairlike stamens,” and the specific epithet refers to the forked stigma.  The common name also alludes to the forked stigma as well as the blue flowers and bent (curled) stamens.

This plant, germinating in early summer, resembles a garden petunia before axillary branching occurs.  Forked blue-curls, reaching a height of 2 feet or more, have slightly square stems and branches.  Opposite branches and leaves are densely covered with short downy hairs (pubescent) and are slightly sticky.  Plants, other than flowers, are an overall light green color.  Their preferred habitat is well-drained soils of open woods, glades, prairies, and disturbed sites, often on sandy substrates.

Leaves are oblong to elliptic, thin and entire (no teeth) with largest leaves being up to 2½ inches long and half as wide.  Blades of leaves are somewhat undulated.  Leaves are widest at lower mid-leaf with a gentle taper to both the tip and petiole.  Pinnate veins of upper (adaxial) side of leaf blades are deeply depressed along mid-rib, creating a slight crease, and slightly depressed elsewhere, while veins on lower (abaxial) side are raised.  Crushed leaves have a lemony odor.

Photo 2:  Leaf blade is entire and slightly creased along mid-rib.

Blooming in mid to late summer, the inflorescence consists of a panicle of cymes, with several flowers at the tips of the branches.  Each cyme, as well as individual flowers, is subtended by a pair of opposite leaves.  A cyme has a single flower growing from between a pair of leaves, then two additional branches grow from that same axil to produce flowers in the same plane.  The size of flowers decreases up the length of the cyme with those at the end not fully formed.  With three to seven flowers in a cyme and hundreds of cymes on a healthy plant, many seeds may be produced. 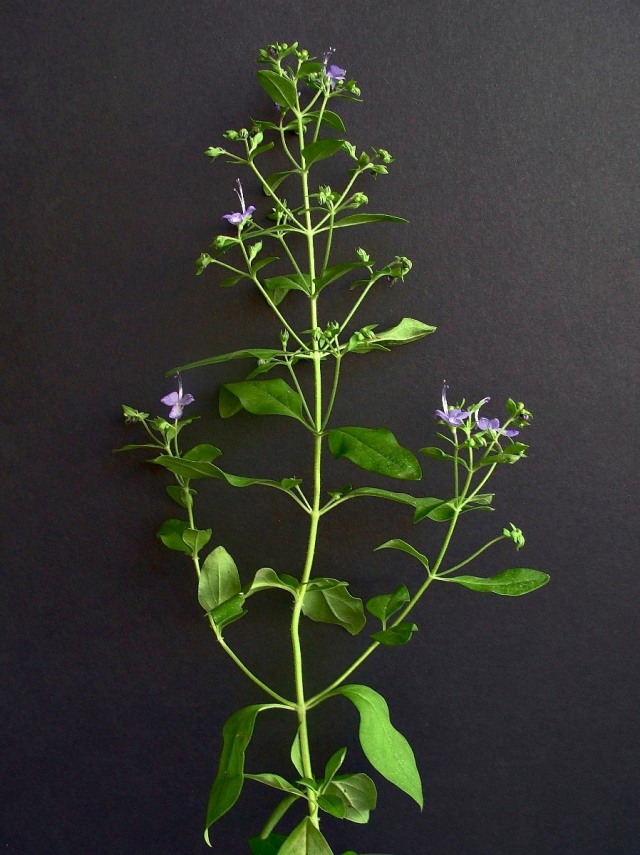 Photo 3:  Flowering occurs at ends of opposite branches.  Cymes and individual flowers are each subtended by a pair of leaves.

Flowers, opening in early morning, drop petals and stamens by mid-day.  Flowers, on short pedicels, are ½ to ¾ inch long and half as wide, with five petals.  The lower petal is tongue-like and cupped while four upper petals are shorter, broadly rounded, and slightly pointed.  Upper petals are a uniform blue while the lower petal often has white shading with prominent dark spots, or occasionally the lower petal may be the same color as the other petals.  Four stamens, similarly colored as the petals, exsert (extend) dramatically from the corolla in a long curling group.  The pistil, with forked stigma and the same color as the stamens, is hidden within the stamen group.

Photo 4:  Plant with spotted lower petals.  Some plants may not have spots.  Note developing nutlets inside calyx at arrow.

The calyx is composed of five unequally sized lobes, each with a prominent central vein and acuminate (gradually tapering) tip.  When in bud, three larger lobes are positioned over the bud as if to protect it.  As the flower reaches anthesis (fully open), the pedicel has bent noticeably upward so that the flower is positioned skyward for easier access by insects.  The repositioned calyx remains fixed while seeds mature.

Photo 5:  Petals and stamens of flower on right have been removed to expose forked stigma.  Note that calyx is positioned over buds, but is rotated upward by the pedicel when flower is open (see Photo 4 also).

The lobed ovary produces four oblong to rounded nutlets (mericarps).  As soon as floral parts fall off, four green nutlets are clearly exposed.  Mature nutlets, 1/16 to 1/8 inch long and dark brown, have a pocked exterior surface and smooth interior surface.  After flowering is complete, all calyxes are uniformly up-turned and cuplike, having rotated 180 degrees from flower-bud stage.

Photo 6:  Top of a forked blue-curls plant (central stem at red X).   A flower is typically located at the first divide of a branch (red arrow) from which point two sub-branches (yellow arrows) continue with additional flowers along those straight sub-branches.

In a garden setting, forked blue curls would be an interesting plant that is worth considering for an informal setting.  However, plants are late to appear in the growing season and flowers only bloom for a half-day.  Additionally, being an annual, plants can come up in various places in the garden from year to year.  Seedlings may also be prolific in a garden setting and may need thinning each year.

Another species of the genus is found in Arkansas, namely, false pennyroyal or fluxweed (Trichostema brachiatum), but it is restricted primarily to the Interior Highlands.  Overall plant structure of this annual is similar to forked blue-curls, but false pennyroyal has five blue petals of the same shape and size, calyx lobes of the same size, and shorter stamens that are not exserted.