Palafoxia (Palafoxia callosa) of the Asteraceae (Aster or Composite) family is a drought tolerant annual herb. The genus name recognizes José de Palafox y Melzi (1776–1847), a Spanish officer in the war against Napeoleon. The specific epithet is derived from the Latin for “hardened,” from the tips of the bracteal leaves (phyllaries) that subtend the flower heads. In the U.S., palafoxia occurs in Texas, Oklahoma, Missouri, Arkansas, and purportedly in Louisiana and Mississippi. In Arkansas, this species occurs in the northern most counties of the Ozark Plateaus and Crowley’s Ridge. It is the only species of the genus in the state. Another common name is small palafoxia, as compared to a larger southwestern U.S. desert species (Palafoxia arida). Habitats include dry to well-drained sunny sites with rocky soils derived from limestones or sandstones in glades and on gravel bars and along roadsides.

Palafoxia has slender, erect stems that grow 16 to 24 inches tall with multiple intertwining branches. New stem growth is a pale green with lower stem portions becoming light to dark tan and hardened with age. Stems and branches, terete in cross-section, have very short, slightly scarbrous pubescence which transitions into more noticeable dense, flat-topped and viscid glands within the inflorescence. Plants have mostly alternate leaves and branches, but lower leaves and branches are opposite. Although plants produce many fairly long leaves, due to their shape, the plants have an open and airy appearance. 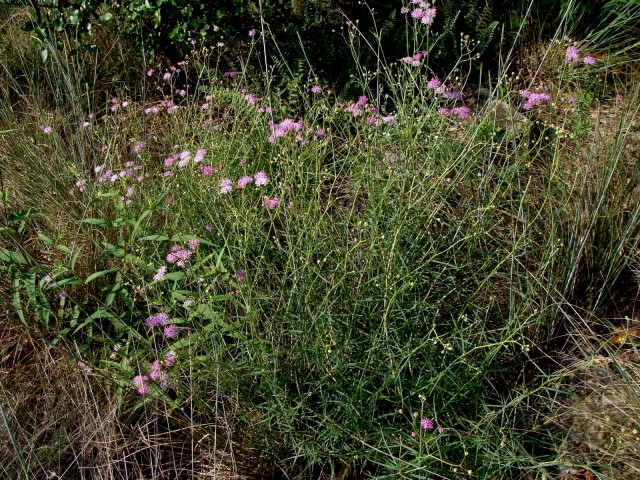 Photo 2: Palafoxia in early September approaching full bloom. The plant is growing on a rocky slope among the stems of hidden dropseed (Sporobolus clandestinus).

Linear to acicular leaves may have blades 3 inches long and ⅛ inch wide with an ⅛ inch long petiole. The very narrow leaves, widest at mid-leaf, slowly taper toward petiole and leaf apex. The leaf apex is acuminate with a blunt white tip. Leaves are medium green above and light green below and are up-folded along the mid-vein. Other than the mid-vein, which is strongly expressed on the lower side, other venation is not noticeable. Upper and lower leaf surfaces are covered with very short, rough hairs so that both surfaces feel slightly scabrous. Leaf margins are entire (untoothed). Upper leaves become increasingly short to less than an inch long and then tiny within the inflorescence. 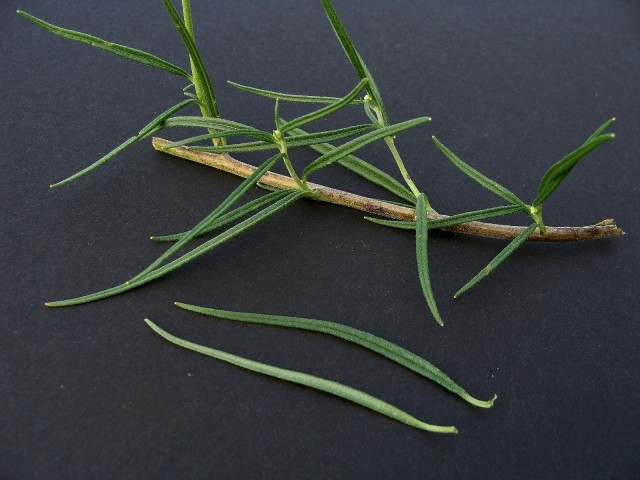 Inflorescences consist of two to four solitary flower heads on ½ to ¾ inch long peduncles in one to several loose panicles at ends of slender, erect floral branches. When at full bloom in late summer, hundreds of flower heads cover plants growing in favorable sites. Floral branches are densely covered by stubby, glandular and viscid hairs that trap small insects, such as aphids. 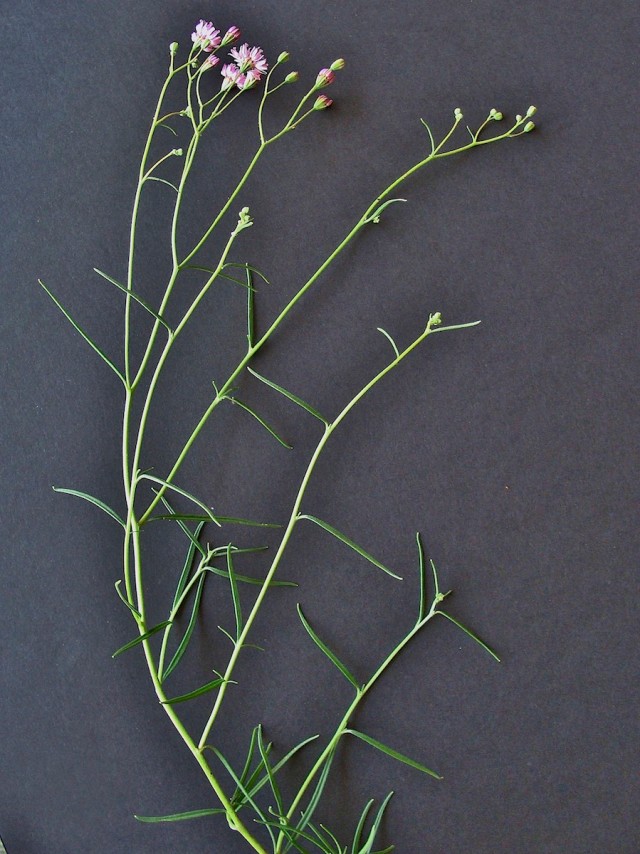 Photo 4: Stems are multi-branched with branches being almost indistinguishable from the main stem. In this display, stems favor one side of main stem due to having grown on a steep slope.

Flower heads are discoid, composed of 15 or more disk florets (all tubular). Florets of each head bloom in close succession, seemingly in unison. Their rose-pink color in bud changes to lighter pink shades as they bloom and fade. Flowering of a plant is mostly completed in a week or so. A floret has five 3/16 inch-long linear-elliptic lobes that join to form a short (1/16 inch long) tube that has a red ring just below the lobes. Heads are subtended by an involucre composed of six to eight elongate, light green, 1/8 inch long linear phyllaries. Each phyllary is longitudinally in-folded so that involucres have a ridged, turbinate (inverted cone) shape. Purple anthers are adnate one to another, forming a ring about the style. White pollen is produced at ends of anthers before a floret’s style emerges from within the anther column. Anthers are attached to rose-pink filaments which are longitudinally bent when a floret initially opens, but the filaments straighten as anthers (and encircled style) become exserted. After anthers of a floret have dispersed their pollen, the rose-pink style becomes exserted above the anther column and the stigma becomes bifurcated to expose long, narrow stigmatic surfaces that arch gracefully outward as they sharply curve under. (Palafoxia is a protandrous plant–pollen of a floret is removed or dispersed before the stigma becomes receptive.)

Like all composites, the florets’ ovaries and fruits are inferior: the corolla tubes with their attached stamens are set on the top of dark gray, flat-topped, conical fruits that have an upper end with four sides and a lower portion that is rounded to a blunt point. The top of each fruit (fruit type is an achene, like the common sunflower “seed”) is ringed by a very short tuft of whitish hairs (pappus). Fruit length, including pappus, is about ⅛ inch long.

Palafoxia would be a good selection for a well-drained sunny garden or natural area that may have rocky soil. A healthy specimen of this annual species produces a large number of small rose-pink flower heads that are interesting at a distance or close-up. A free-seeding species, it may grow in large numbers. Flowers attract butterflies. 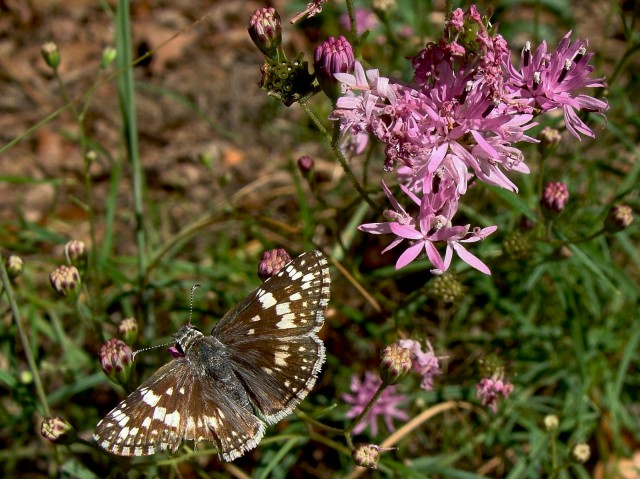 Photo 7: Panicle in upper right includes florets with exserted anthers bearing white pollen (right side and lower side) as well as florets with developing achenes (left side). Butterfly is a checkered skipper (Pyrgus communis).